May Will Bring Gorgeous Stargazing Events. Here’s When & How to See Them. – News Info Park 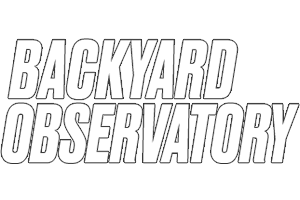 Even in the northern states where it snowed in April, things are starting to genuinely feel like spring. It’s absolutely the moment to start spending time outside again, as long as you’re able to do that through continued social distancing. I’ve banged the drum more than once, but that sound in the distance is me doing it again. Stargazing is an excellent activity for this moment in time.

As you may recall, April seemed to offer a new celestial experience almost nightly. May isn’t quite as active, but it’s still got plenty to offer beyond the fact that being outside and away from screens should be enticing enough. To twist the popular rhyme, April meteor showers bring, uh, May meteor showers… uh, too? The Eta Aquariid meteor shower is coming this month, there are opportunities to glimpse the planets even in heavily populated cities, and you’ll have a chance to have your shadow cast under the last supermoon of 2020.

Here’s every reason you should give stargazing a shot in May. (Or, you know, keep on going out if you’re already doing it.)

Bill Cooke of NASA’s Meteoroid Environment Office tells Thrillist that the Eta Aquariids could produce 20-30 meteors per hour, which makes for a great show even if this shower isn’t known for producing super-bright meteors known as fireballs.

Unfortunately, the moon — with its bright light in the nigh sky — will likely interfere with your view for much of the night. Nonetheless, if you go out in the hours before dawn, the moon will have set for the night and it should be a great time to see the show. The meteors in this shower are fast and, often, faint, so you’ll want to keep your eyes on the sky and avoid looking at your phone, which can ruin your night vision.

You might be feeling Supermoon fatigue. We’ve (arguably) had four straight supermoons in 2020, but if you enjoy seeing the moon show off, don’t be lulled into complacency. This is the last supermoon of the year, and you aren’t going to see another one for a very long time. The next full moon supermoon after this won’t arrive until April 26, 2021.

May 12: Jupiter and the Moon

The moon and Jupiter will have a close encounter on the morning of May 12. You’ll be able to see them from a bit after midnight to dawn in the south-southeastern sky. They’ll be close together, but not so close you can view them simultaneously in a telescope. You will, however, be able to see them hanging out with the naked eye or through binoculars.

Just before dawn, you’ll see the last quarter phase moon approach Mars in the night sky. The red planet and the moon will have a close encounter that’s easy to spot with the naked eye, even though they’re actually separated by an incredible distance of bleak, empty darkness in space.

It’s not really stargazing, but it’s exciting space news to be sure. The US Space Shuttle program was wrapped up in 2011. Since then, US astronauts have been flying to the International Space Station with the help of Russian partners. But this month, we’ll see the first crewed launch from US soil since 2011.

SpaceX’s Crew Dragon is now scheduled to launch on May 27. With NASA encouraging people not to go to Florida to watch the launch, you can expect there will be an opportunity to stream the launch online.

All Month: Last Chance to See Venus in the Evening

May will be the final month in 2020 where Venus graces us with its presence in the evening. On June 3, the planet will get between Earth and the sun in transition to appearing in Earth’s morning sky. It’ll be a morning planet until March 26, 2021, per EarthSky.

Earth’s sister planet is incredibly easy to spot in the evening when the weather is clear. It’s the third-brightest object in Earth’s sky after the sun and moon. For most of the US, in early May, you’ll see Venus out for up to three hours after sunset. That time frame will get shorter and shorter as the month moves on.

Early May: Farewell to Orion

Orion is one of the most recognizable constellations. It pops up throughout most of the US in November and hangs around through the winter and into the spring. When it will disappear from sight is going to vary based on your latitude. However, EarthSky notes that it’ll start to disappear for skywatchers in the central US in early May. It’ll be out of sight for anyone in the contiguous US by the summer solstice on June 20.

How to Fix Common Mistakes in Localizing Ads Campaigns

Latest Themes for a Business Conference

How to Fix Common Mistakes in Localizing Ads Campaigns